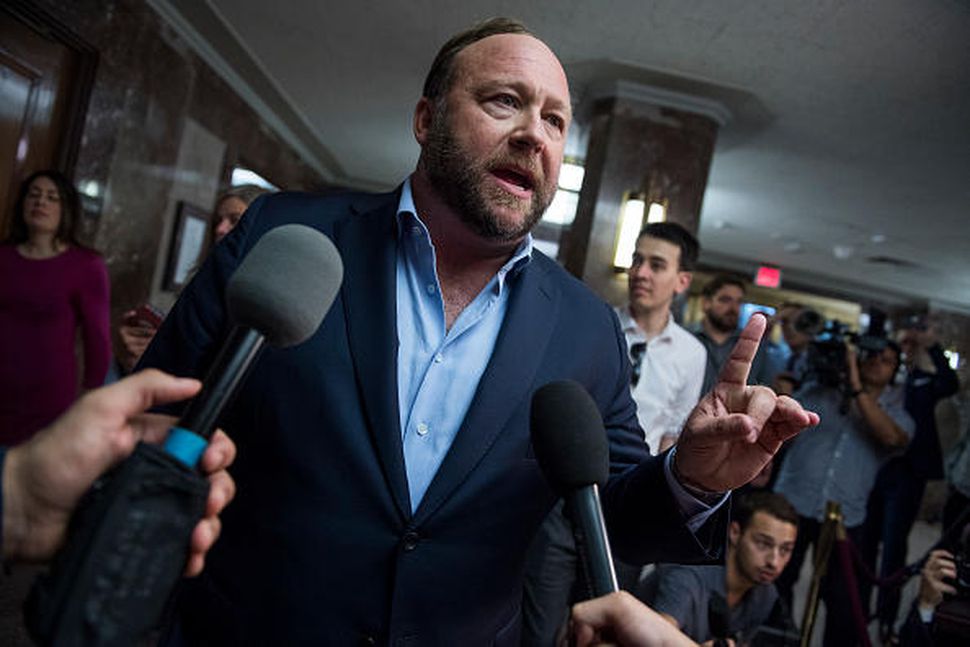 Roku pulled conspiracy theorist Alex Jones’ Infowars from its platform amid user backlash early Wednesday, shortly after it was spotted on the streaming service.

The Infowars channel’s appearance was highlighted by Digiday early Tuesday, six months after Jones and his controversial show were banned by multiple social and video platforms, including Facebook and YouTube.

‘After the InfoWars channel became available, we heard from concerned parties and have determined that the channel should be removed from our platform,’ Roku wrote in a tweet. ‘Deletion from the channel store and platform has begun and will be completed shortly.’

The sudden removal follows users noticing Infowars on Roku and tweeting at the service seeking answers.

Other users condemned Roku for allowing Jones on the streaming platform.

Roku’s initial response was an emailed statement that the company sees the controversy about Jones as a matter of opinions and perspectives.

‘While the vast majority of all streaming on our platform is mainstream entertainment, voices on all sides of an issue or cause are free to operate a channel. We do not curate or censor based on viewpoint,’ a Roku spokesperson said. ‘We’re not promoting or being paid to distribute Infowars. We do not have any commercial or advertising relationship with Infowars.’

The service clearly decided to abandon this approach, since it announced that Infowars would be removed hours later.

Infowars and Jones’ other accounts were widely banned last year. In August, he was kicked off YouTube, Facebook, Spotify and iTunes for violating their policies. Twitter permanently banned Jones and his accounts in September. The same month, Jones was also kicked out of Apple’s App Store.

‘While open to many voices, we have policies that prohibit the publication of content that is unlawful, incites illegal activities or violates third-party rights, among other things,’ said the Roku spokesperson prior to the decision to remove the channel. ‘If we determine a channel violates these policies, it will be removed. To our knowledge, InfoWars is not currently in violation of these content policies.’

Jones is a right-wing conspiracist who’s promoted false claims about tragic events such as the 9/11 attacks and the mass shooting at Sandy Hook Elementary School in 2012. He’s faced at least five defamation lawsuits, including three filed by families of Sandy Hook victims.

Just last week a Connecticut judge ruled that the families of Sandy Hook victims could review the internal marketing and financial documents of Infowars, according to the Associated Press.

Infowars didn’t immediately respond to a request for comment on the removal.