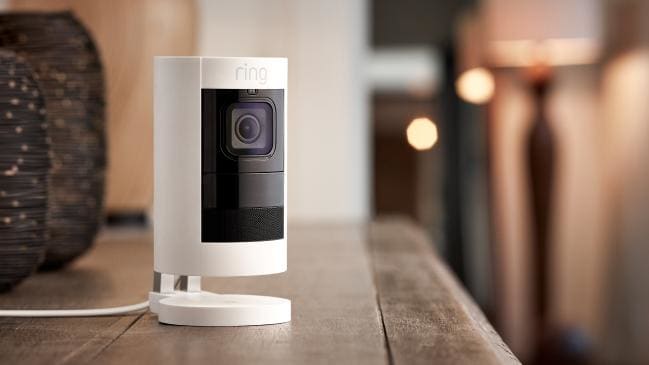 Security conscious homeowners have more options than ever to protect their property with the growing prevalence of affordable home camera systems and smart doorbells.

Today, leading home security company Ring — which was bought by Amazon for more than billion last year — announced its latest offering for the Australian market.

The company’s Stick Up Cam is designed for both indoor and outdoor use and is pitched as a way to protect against neighbourhood crime.

Ring shared a video of what it claims is an attempted break-in at a home in Dundas, in northern Sydney, as an example of the product’s potential to help homeowners thwart thieves or home invaders.

In the video above, a man is seen loitering at the back door of a home at night and trying to get into the house while pulling his sleeves over his hands.

The camera can send a live feed to an app on your smartphone and thanks to a two-way-talk speaker system, the homeowner was able to scare off the would-be intruder by yelling at him through his phone.

In the video, the man can been seen quickly scampering over the neighbouring fence after being startled by the voice. 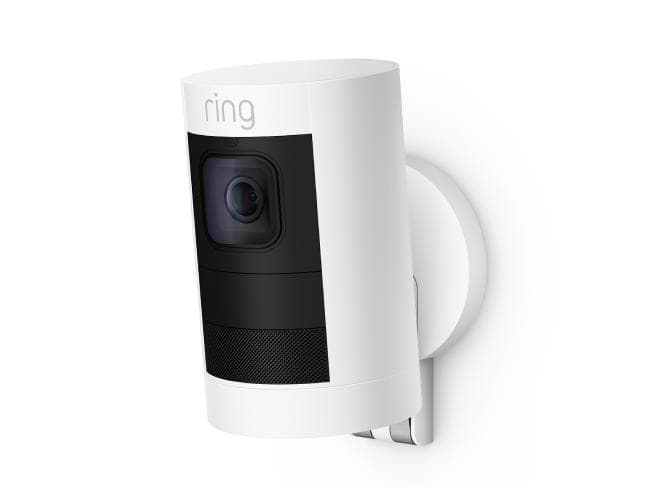 Ring pitches the product as a way to improve your home security.Source:Supplied

Last year, a young Sydney mother and her daughter were reportedly saved from a potential home invasion with the help of a “smart doorbell” product from Ring.

Jrisi Jusakos and her two-and-half-year-old were inside asleep inside their home when a man approached the door and rang the doorbell. When nobody answered, the man allegedly tried to force his way inside.

However, the intruder was scared off when the husband, who was not at home, was able to scare the intruder away by answering the door from the app.

The camera will cost 19 and the wired version above is powered over Ethernet (PoE) and micro USB power.Source:Supplied

The Ring Stick Up Cam is the company’s latest offering for Aussie consumers who want to boost their home security and comes in black and white for 19.

There in a wired option and a battery powered alternative that has an advertised battery life of six to 12 months depending on usage and is compatible with a Ring Solar Panel (99 for the bundle).

The device offers consumers “flexibility to position the cameras anywhere, regardless of power availability, to secure every corner of their property”.

When the cameras begin shipping shortly, they will be available online at ring.com, Amazon and at retailers including Harvey Norman, Bunnings, Officeworks, Bing Lee and JB Hi-Fi.