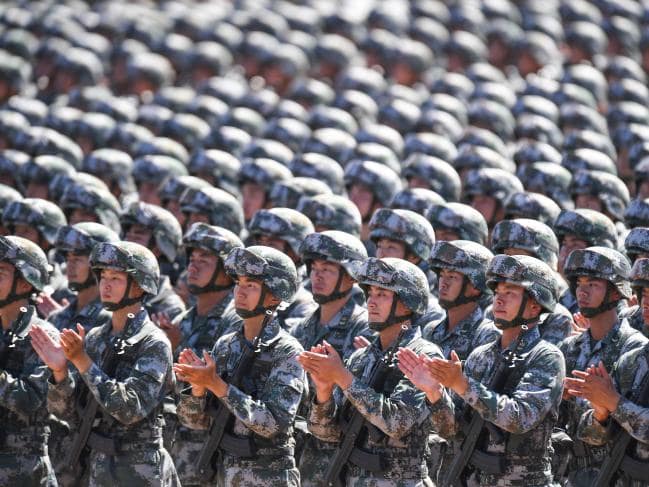 President Trump is in retreat. And Russia and China are seizing the opportunity. The US Syria pullout is part of a global shift in power — with Putin building a base in the Carribean and Xi making moves on Africa.

It’s an international game of thrones.

Every move has implications and consequences.

President Trump’s abrupt decision to pull US troops out of Syria essentially cedes that battlefield to Russia and Iran.

Meanwhile, Russian long-range bombers have visited Venezuela. And that nation has just granted President Putin permission to build an island fortress on a Caribbean island.

And, after a hiatus of about six months, China has once again launched a series of provocative patrols encircling beleaguered Taiwan.

It’s the embodiment of international relations analysts fears: that renewed US isolationism is producing a power vacuum others are keen to exploit.

Here’s an overview of this global game of influence, intimidation and exploitation. 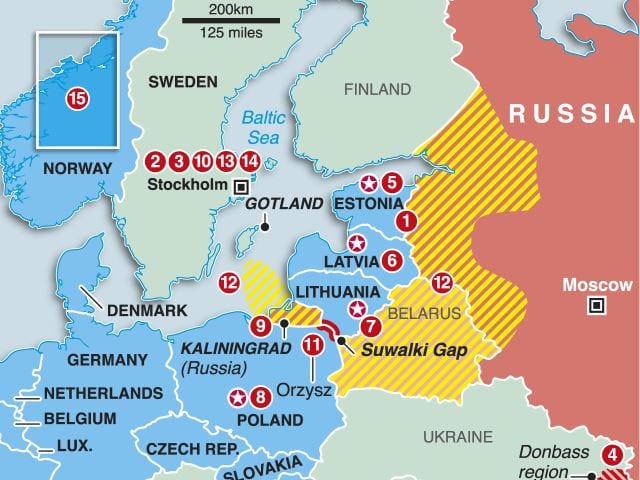 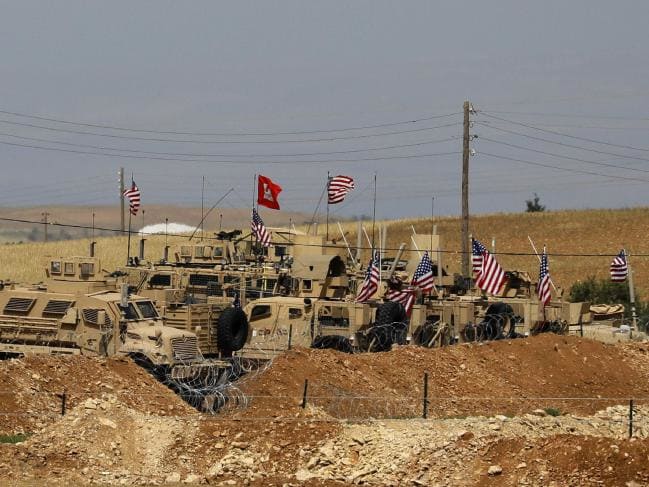 Almost a year ago, US troops killed dozens of Russian mercenaries spearheading a push by dictator Bashar al-Assad’s army to seize the oil-rich region of Khasham, east of the Euphrates River. Russia said they had crossed this agreed demarcation line to attack Islamic State. But they opened fire on a US-run facility supporting Kurdish and Syrian rebel forces.

Once the US troops pull out, the Russian mercenaries are likely to move back in — bringing the oilfields within Moscow’s control.

Meanwhile, Turkey — with whom President Trump has just announced a .5 billion weapons deal — will be left unchecked in its campaign against the ethnic Kurd population in the Syria’s north. This group, a US ally, won international acclaim in their determined resistance against Islamic State at its height. Ankorah, which represses this people in its own territory, sees their resurgent strength as a threat. Once US special forces are pulled out, Turkish troops and warplanes can attack with impunity.

And then there’s the Syrian revolutionaries who rose against dictator Assad in an effort to establish democracy. At first they were funded by the US. Then they were directly supported in their clash with Islamic State. Now pushed back into just one enclave by Russian and Iranian troops, their future looks bleak.

Meanwhile, Moscow will retain its massive airfield at Khmeimim and nearby naval facility at Tartus. From here, its warplanes and warships can project power over much of the Middle East, Israel and Eastern Mediterranean. Despite having announced its withdrawal several times in recent years, Moscow’s military presence has consistently been increased. 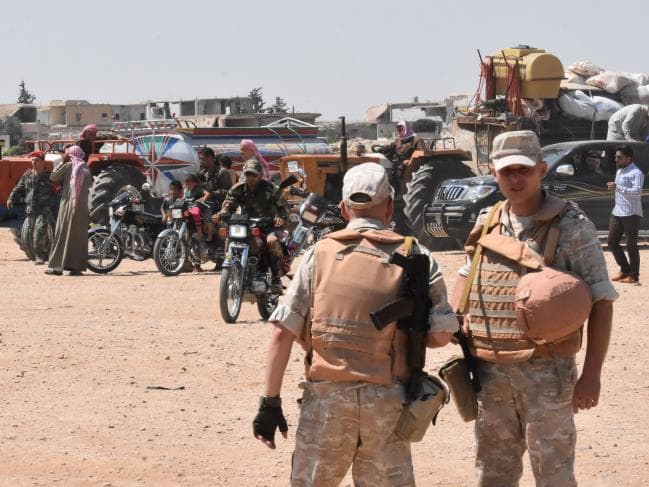 The United States was outraged last week when a pair of nuclear-capable Tu-160 ‘Blackjack’ bombers flew to Venezuela on a ‘diplomatic’ visit. At the same time, Moscow was busily building new bases on disputed islands on its borders with Japan, posturing over the Baltic Sea — and expanding into the Arctic.

But it was the bombers that won the headlines in the US. While there, the bombers had flown a 10-hour patrol across the entire Caribbean Sea.

It was a clear display of military reach and power.

And, to the US, it was very close to home.

Now, Moscow is moving to make that presence permanent.

State-run media is reporting Venezuela has granted Moscow permission to build a military air and naval base on the island of La Orchilla. This is located some 800km from Puerto Rico and 2400km from Florida.

Such an island fortress would significantly unsettle the strategic balance of the region. For the first time, Russia will be able to conduct regular military flights close to the mainland United States.

“Our strategic bombers will not only not have to return to Russia every time, but also won’t perform aerial refuelling while on a patrol mission in the Americas,” a retired Russian colonel told the Nezavisimaya Gazeta http://tass.com/pressreview/1035596 news service. “Our Tu-160 aircraft arrive at their base in Venezuela, conduct flights, execute their missions and are then replaced on a rotating basis. This is how it should be done.”

Europe’s Baltic states continue to be harassed by provocative air and sea manoeuvres. But this year Russia has also been meddling with GPS, jamming signals to the region in July and October.

Meanwhile, Moscow is sending an additional 3500 troops and armoured vehicles to the Southern Kuril Islands, part of the Northern Territories of Japan. These islands were seized when Russia declared war on Japan in the final days of World War II. Their ownership has been disputed ever since. Russia’s Ministry of Defence has said it plans to continue to strengthen its military facilities and presence on the islands in retaliation for Japan’s construction of an Aegis Ashore antimissile system to counter North Korean, Chinese and Russian intermediate-range weapons.

Chinese soldiers applauding during a military parade. Beijing’s military can now be found as far afield as Africa. Picture: AFPSource:AFP

Beijing’s island fortresses in the South China Sea are already a fait accompli. But increasing US isolationism is being seen as an opportunity for China to further extend its influence through Asia, Africa and the Pacific and Indian Oceans.

In the South China Sea, all that needs to be done is to move combat jets on to the island airfields and warships into their harbours for Beijing to seize control of this disputed international waterway.

But China’s already looking far beyond.

Bomber flights and militarised coast guard vessels have been sent into the Sea of Japan and near the disputed Senkaku Islands. Once again, the ownership of these East China Sea rocks is at stake — as are the shipping lanes, fish stocks and seabed resources around them.

And then there’s Taiwan. President Trump has been vocally supporting the island nation’s independence. And that’s upset Beijing. Now, after a six-month hiatus, it’s restarted its provocative bomber patrols around Taiwan’s outskirts and in the narrow waterway between it and the mainland.

These are constant reminders that this last outpost of pre-Communist China is well within its military grasp.

Beijing’s use of economic ‘soft power’ to buy influence in the Indian and Pacific Oceans caused uproar at this year’s ASEAN meeting. And Australia and the United States moved to build their own military base on Papua New Guinea’s Manus Island in a bid to beat China to it.

It’s a similar story in the Indian Ocean, with China attempting to muscle-in on the Maldives. Meanwhile, its new air and naval facility in Djibouti has been harassing nearby US aircraft while acting as a stepping-off point for Beijing’s military and diplomatic ‘aid’ for African nations.

Amid it all, the US military ‘pivot’ to Asia — as announced by President Barak Obama — appears to have slowed. While new joint US-Australian facilities are being operated in Darwin, apparent White House disinterest has seen a level of nervousness rise among its regional allies.