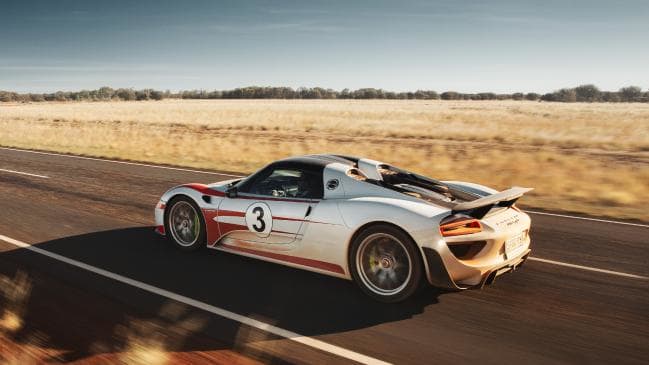 Porsche’s iconic 911 Turbo looks set to benefit from hybrid power as part of the brand’s push into electrification. It will join the electric Taycan sedan and upcoming battery-powered SUV, possibly sitting alongside an all-electric halo model to succeed the 918 Spyder

Rather than being a green-minded, fuel-sipping, eco-conscious version of a performance-minded family, the first hybrid 911 is likely to take the form of a range-topping Turbo S variant pitched at the likes of Ferrari and McLaren.

The machine is set to follow the trend set by Porsche’s Panamera Turbo S E-Hybrid, which builds on the petrol Panamera’s 404kW power and 3.8 second dash to 100km/h with a 500kW driveline capable of rocketing the 2.2-tonne luxury cruiser to 100km/h in just 3.4 seconds.

Speaking with reporters at the 2019 Geneva International Motor Show, Porsche chief executive Oliver Blume confirmed that the first hybrid 911 is not far away, and that it will sit at the top of the pile. 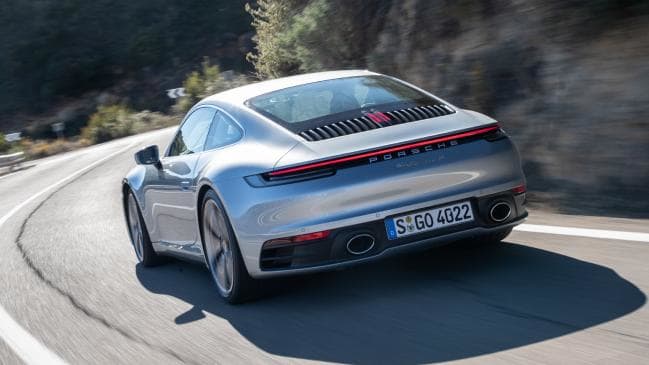 The next-generation Porsche 911 Turbo could receive a hybrid boost.Source:Supplied

“What we think about is a hybrid version for the 911 — the platform is already prepared,” Blume says.

“When we bring a hybrid version of the 911, it has to be the best — the most performing one we put into this car.

“With a combination of an electric engine, the batteries and the petrol engine, this combination — you can imagine it like the Panamera. The most performing Panamera is the eight-cylinder plug-in-hybrid with nearly 700 horsepower, and this direction we are thinking.”

Blume says the brand has not decided whether to go with a plug-in hybrid powertrain capable of operating on battery power alone for at least 50 kilometres, or a simpler driveline with less electric range — and wallop.

A new 911 Turbo based on the hybrid-ready 992 generation sports car will be revealed in the second half of 2019 before coming to Australia in early 2020. 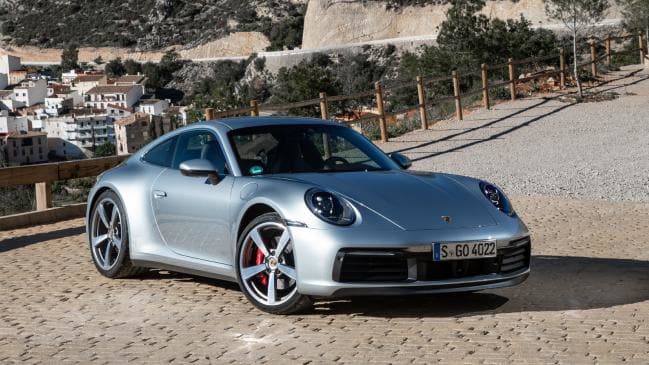 The current generation Porsche 911 is still powered by petrol only.Source:Supplied

Blume says that model is unlikely to bring hybrid tech at first, as the company wants to perfect next-gen battery tech before introducing a hybrid 911 in “about three or four years”.

It also has plenty on its plate in the form of the electric Taycan sports sedan touted as a rival to the Tesla Model S. Previously known as the Porsche Mission E in prototype form, the Taycan is expected to make its official debut ahead of September’s Frankfurt motor show before coming to Australia in 2020.

Record pre-sales for Porsche make the Taycan one of the most anticipated releases this year.

Blume also confirmed plans to build an electric SUV based on the Macan. Set to be sold alongside the petrol Macan — rather than replacing it — Blume says the battery-powered crossover will be “very different and very future oriented” compared to regular models.

Asked when Porsche will introduce a dedicated electric sports car fitting its performance heritage, the Porsche boss says that car may take the form of a successor to the carbon-bodied, million-plus Carrera GT and 918 Spyder hypercars.

“In the future I see a possibility for a hypercar we could do with the next generation of batteries,” Blume says.

“That should be a very high performing car — we haven’t decided yet, it’s much more the direction of 2025 or later, it depends on the batteries.”

Blume is adamant that such a model would not share its bones with the new 911, as “it isn’t prepared for full electric cars”.

“When we will do a high-performance sports car, it has to be engineered for batteries and for an electric engine,” he says.

Porsche’s partnership with Croatian electric supercar pioneers Rimac may help in that regard. The fledgling company serves up four electric motors with staggering 1408kW and 2300Nm outputs in its latest machine, figures that have led to technical partnerships with Porsche, Aston Martin and former Ferrari designers Pininfarina.

It isn’t hard to imagine similar hardware under the skin of Porsche’s next halo car.

Blume says battery tech will feature in Porsche’s motorsport programs — both in the short term, with Formula E, and possibly in the long term at Le Mans.

Having won Le Mans back-to-back with hybrid machinery between 2015 and 2017, Porsche may be tempted to return and become the first brand to win the French classic on battery power alone.

“When battery technology will be prepared for long distance races, why not?” he says.

“Up to now we will continue with GT motorsport in the Le Mans series and go to Formula E.

“But never say never for the future. Also, the guys from the WEC and Le Mans have to think about how to make evolution for their series, for [the] future.